Professional background: Dr. Kyriakides has strong involvement in National Risk Assessment which is obvious from his appointment as the coordinator of the National Risk Assessment (NRA) Study for Cyprus, which involves the assessment of ten hazards both natural and technological. The appointment was after a competitive tendering process managed by the local Civil Defence authority. His contribution to the Risk Assessment and disaster response is also complimemted by his involvement in the formulation of the ‘Egelados plan” concerning the response after earthquake events and his participation in a number of table-top and field exercises for the implementation of the plan for various scenarios. On the topic of risk assessment for natural disasters, he also acted as the assistant 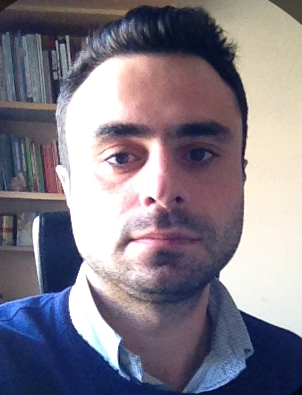 Team Leader in a project for the preparation of an Evaluation report for Strengthening Disaster Risk Management Capacities in Lebanon, which was funded by UNDP and followed the Sendai framework. In 2019 he also coordinated the drafting of the Strategy for Disaster Risk Reduction (DRR) for Cyprus, which is based on the SENDAI framework of the United Nations and recommends that a holistic approach including the development of a legal basis and clear distribution of responsibilities could enhance DRR in Cyprus along with the establishment/appointment of a coordinating agency with responsibility and function to facilitate the inter-agency/multi-stakeholder cooperation process to develop the NRA and DRR strategy.

Education: Dr. Nicholas Kyriakides is a Lecturer at the Civil Engineering and Geomatics Department of the Cyprus University of Technology (was appointed as a full-time Post-Doctoral Researcher at the University since 2008). He holds a PhD in the field of “Earthquake Risk Assessment of RC buildings” from the Department of Civil and Structural Engineering, University of Sheffield with an Oversees Student Award Scholarship and a Scholarship from the A. G. Leventis Foundation in Cyprus. He also holds a 1st class BEng degree with Honours from the University of Nottingham. His research interests include the assessment of existing RC buildings under seismic loading and the enhancement in response after conventional and innovative retrofitting. He has participated in both European and locally funded projects concerning the seismic risk assessment of structures in Cyprus and the Middle East. The main areas that are covered by his research is the damage propagation and response of existing Reinforced Concrete (RC) buildings subjected to seismic loading and other dynamic actions before and after retrofitting, and the simulation of the experimental results using numerical FE analysis. Life-cycle cost analysis is also used as a tool to obtain the optimum retrofit level. Recently he has worked on the correlation of damage condition mapped in underground sepulchral monuments with historical seismic activity in the area using non-linear FE analysis on a simulation 3D model of a case study tomb (Tomb 4 in Tombs of the King).

Further to his research activities he is very active in policy making committees. Indicatively he has been formally appointed through an evaluation process as a Moderator of the Group for the Protection of Critical Energy Infrastructure (PCEI) of the European Defence Agency, as a Member of sub-committee CYS TC 18-Eurocodes for EC8, a Member of the Committees for the Assessment of Existing Buildings and for Research of the Cyprus Scientific and Technical Chamber (ETEK) and an External expert for the NAT/750-EESC study group to Strengthen EU’s civil Protection response –rescEU. The latter one involves the review of the Commission’s proposal for a new Mechanism for Civil Protection for Europe and enriches his experience and knowhow on the topic of National Risk Assessment for Natural and Technological Hazards.